Podcasts - What i'm listening to

When I am driving places, cooking food, sometimes in the bath or with my headphones in walking to the shops I like to listen to podcasts.
I think of them like a pocket or bubble of knowledge and wisdom. They are like talking to a good friend, or older relative. On evenings or days when I feel more lonely than others they are comforting. Often relatable. 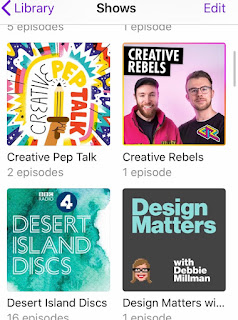 Recent ones I have listened to are:

'Gail Porter, Modest Fashion & Female friendships'
Moving and thought provoking episode, that sat quite close to home with my own experiences. They talked about Gail's struggles with mental health, and getting sectioned. She is such a strong and inspirational woman, and I am really glad I listened to it at that time.

'S3 - Talking about self-sabotage and vulnerability'
This one definitely got me thinking! They talked about not holding yourself back from starting things that take you closer to your ultimate goals (like her podcast, or me starting this blog).
They said to stop worrying about having to get it 'all right', to stop making excuses that could last years or even a lifetime. To not leave it 'till it becomes a 'what if'.. You don't know if something is right for you until you actually try it!

'Anne Enright - Writer'
This one was on the fear of being less than perfect. As well as burn out in your career.
Anne mentioned feeling cross when people tried to limit what she could have or get or wanted to be.
She said that 'improvisation is a brilliant skill' and that to know you actually don't need a safety net is fantastic.
She touched on her career as a writer, how she was better at writing short stories etc.
She talked about how she burned out. This happens way too often, and has happened to me twice in the past 5 years. More recently I feel like I am on a thin line of avoiding the 3rd.

She burned out pretty bad. She was high-functioning, but became increasingly angry. One day she was booked into a facility. She sat on the bed and could not even unbutton her shirt. Completely wiped.

She was asked how she found her way back. This is a question I was actually also asked today by a lovely work colleague, and a question I hadn't actually considered (but I'm sure I will write about it separately when I feel ready).

She found her way back with difficulty. She took meds, spent 6 months of her life in a numb enough state. She felt like she had lost something for a while, that 'a room had been closed in her mind'. She then came off the meds, and started making decisions about her life.
One of them was to leave broadcasting, the other to make enough money to get a flat, to get married. But her real decision was to write.

This one reminded me that life is too short!! Treat yourself with kindness and compassion. Eat that cake. Do the thing!

How to Curate Your Life

'no 32 - with Abbey Withington'
Lizzie from SMUG talked about going through 'seasons' in your life. This is a term that I have heard pop up a few times recently and I might adopt it too.
She said she is going through a season at the minute of being thrown off course and being overwhelmed. She has days of amazing productivity followed by days where she struggles to get done anything. An insta poll she did said that 96% of her followers related.. and perhaps its a January thing?

The podcast featured an interview with Abbey Withington.
A Freelance Illustrator/Designer who I have long admired. She studied the same uni course as me.
I found it interesting to hear about her current career as a freelance designer, but also her past experiences working in house.
She felt that she needed to find something that would fulfil her creatively, and was struggling with her mental health too. Her anxiety was through the roof.
She said it felt great being back in Leeds, being looked after by her parents. She got herself back to where she wanted to be and felt a lot 'freer'.
She believes that everything she did led her to where she is now.  That everything happens for a reason and she found it all an important learning curve. 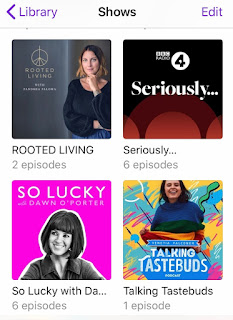 I hope I have somewhat persuaded even just one of you to listen to a podcast after reading this! :) 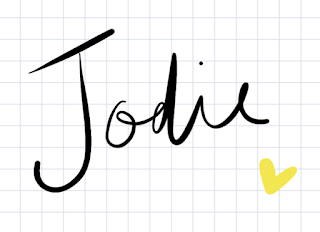 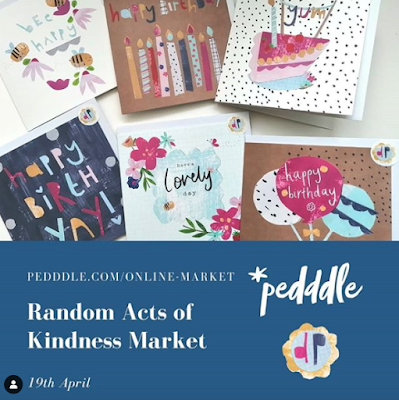 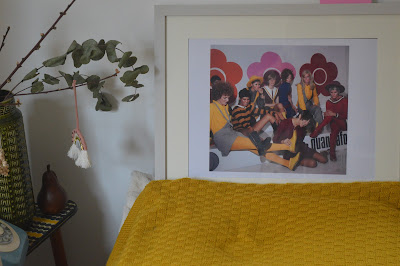